Oliver Barrett is a musician and illustrator currently living in London.

Having played in various bands, Oliver has most recently put out several releases under his ‚Petrels‘ moniker on various labels internationally including Denovali, Tartaruga, and Patient Sounds. As a composer he has had work commissioned by the BFI, London Word Festival and the Southbank Centre amongst others, and as a performer has played with artists ranging from Duane Pitre to Steve Beresford to Damo Suzuki. A multi-instrumentalist, Oliver’s musical practice ranges from solo electronics, acoustic improvisation, band work, and sound art, to orchestral arrangements and song, drawing influences from a broad spectrum.

Talvihorros is the work of Scotland based experimental composer Ben Chatwin. Working with primarily guitar and analogue electronics, he makes dense and dark ambient compositions that aspire to take in the beauty and chaos of the cosmos. Sonically ambitious, with a keen sense of melody always teetering on the edge of collapsing under its own weight. 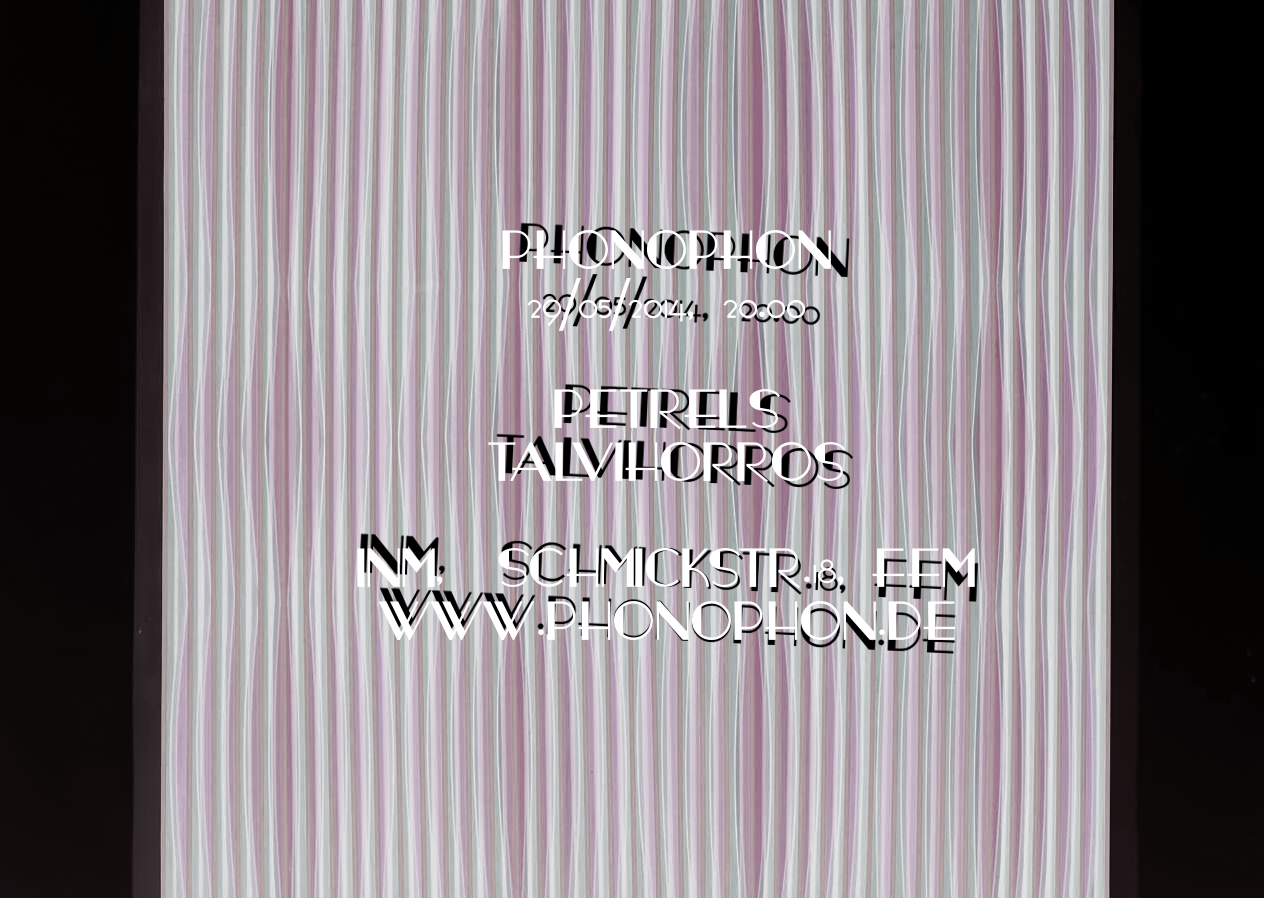