Jenny Gräf Sheppard (USA)
Baltimore – based musician J. Gräf explores the ambiguous space between order and chaos in her compositions and live improvisations. Her music draws from early American song forms but offers these as frayed and fragmented melodies and rhythms.

Using the Tranoe, an electronic synthesizer designed for her by inventor Peter Blasser, she uses gesture and touch to manipulate the sound in both structure and form. Moving from clear folk-like instrumentation to imploded and disassembled spasms, J. Graf takes the listener through unexpected narratives of sound. Her new self-released record is titled „The Future is a Faded Song“.

Graf has released records on Hanson, Load, 5rc, Atavistic, Ehse and No Fun. Her collaborations include Metalux (with MV Carbon), Harrius (with Chiara Giovando) and Bride of No No.

After many years, these two musicians, both active members of the experimental scene, decided to unite in a duo for a european tour. From emptiness to multitude, from maximal to minimal they explore Chaos.

She uses her phonography collection as her raw material, an infinite source of rhythms and details, that she shapes with a real time sound treatment software – real time being the essential element of her spontaneous and chaotic approach.

His interest lies in the concepts of alterity and emptiness. In his explorations he creates pieces of music that are defined by the use of electronic instruments and treated vocals resulting in textured and organized chaos. 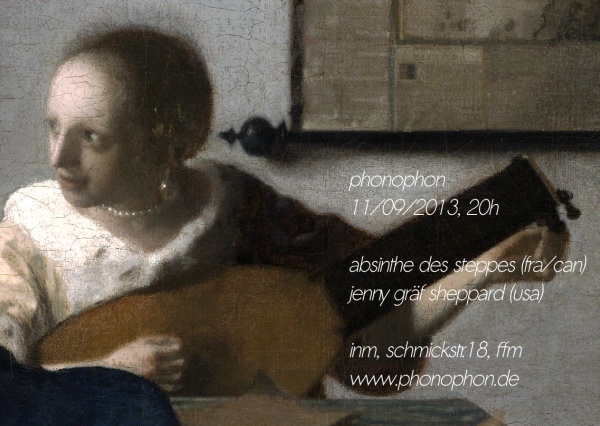